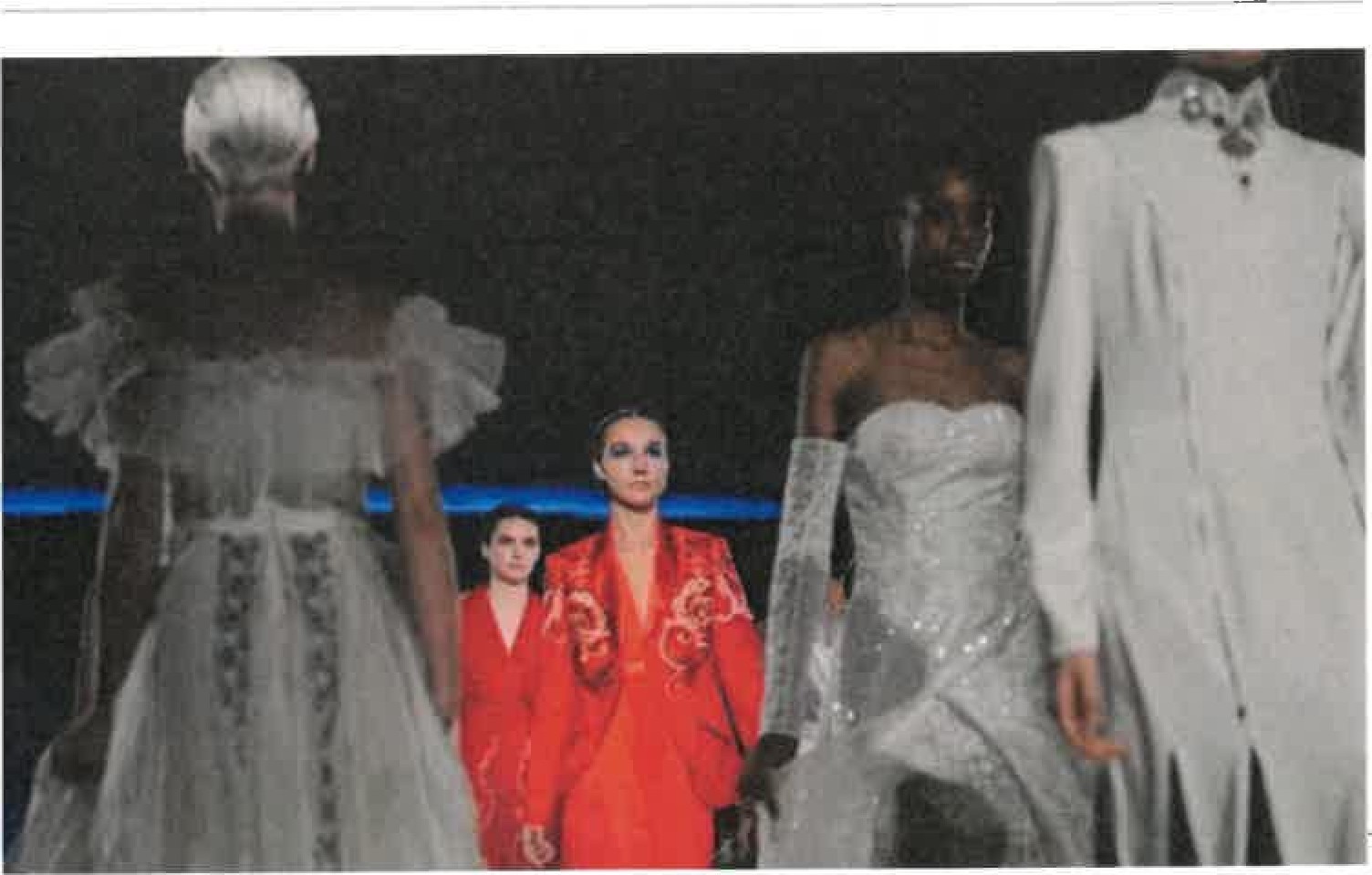 This marks the third time that Chinese fashion brand the Eve Group has brought traditional Chinese handicraft and the dreams of Chinese seamstresses living in rural China to London.

During the fashion show, models showed off 45 sets of clothing featuring the traditional embroidery elements of the Bai and Yi ethnic minority groups, while six Bai embroiderers from Dali in Southwest China’s Yunnan Province showcased their handicrafts on stage.

The event provided the audience a taste of how the traditional culture of ethnic minorities have embraced modern elements to create a unique fashion style.

Liu Xiaoming, China’s ambassador to the UK, said that the event “not only showcases the integration of ethnic culture with modern fashion,” but also tells the story of Chinese enterprises that have carried forward Chinese culture, lived up to their corporate responsibilities and promoted China-UK cultural exchanges and cooperation.

After the first two events when China and the UK celebrated the 45th anniversary of the establishment of diplomatic relations and the ChinaUK high-level exchange mechanism, Eve Group wanted to continue its efforts in telling the stories of traditional Chinese handicraft culture and the ingenious culture passed down from generation to generation.

The Embroidery Dreams Project has helped set up 1,200 workshops and

16 village museums in the provinces of Guizhou, Yunnan, Gansu and the Tibet Autonomous Region. The company has also established a database for more than 5,000 traditional embroidery patterns.

More than 10 “embroidery dreams” tourism routes to the villages where this craft originated were established to show the beauty of traditional Chinese craftsmanship.

Pan Yuzhen, a 74-year-old Miao embroiderer from the deep mountains of Guizhou Province, said that this was her second time in London.

“l have been to many places in the world that I never imagined I’d visit. Now my whole family lives a much better life through our embroidery skills and by our own hands,” Pan noted.

After 16 years, the Embroidery Dreams Project has enabled more than 10,000 seamstresses to say goodbye to poverty through their hard work.

Barbara Judge, who founded the B&H project with Xia in 2016, told the Global Times that the past three years have been a magical experience for her.

The B&H project is a creative platform that allows young UK designers and traditional Chinese handicraft workers to cooperate on new concepts of fashion.

“With the help and blessing of the Chinese ambassador here, we get closer and closer as nations,” Judge said.

“The UK and China relationship is a partnership that I hope will go on forever. And today is a very important part of that partnership.” Newspaper headline: Cultural empowerment