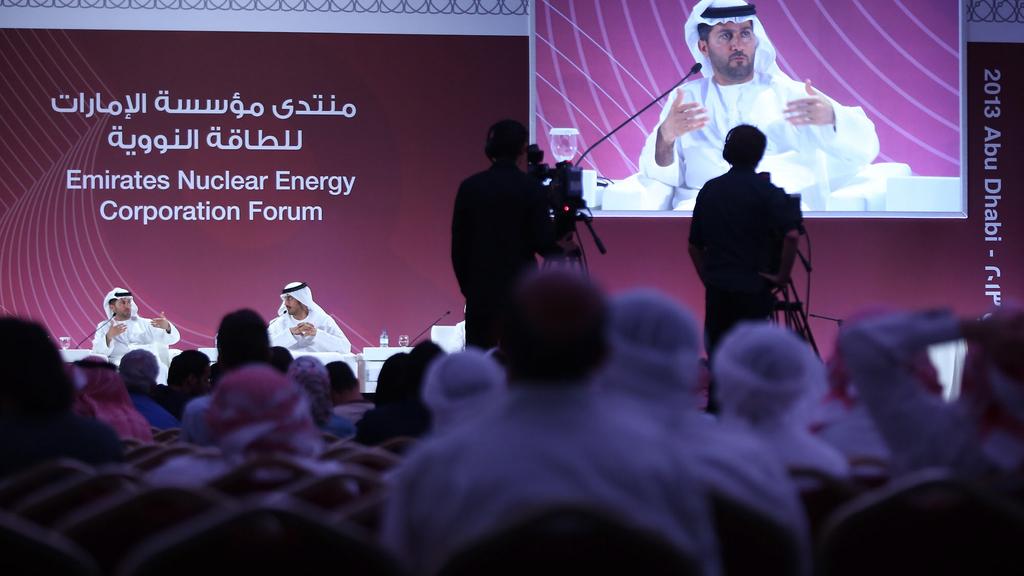 Originally published at The National

The chairman of the UK’s Atomic Energy Authority said everyone is proud to be associated with the UAE’s nuclear energy programme.

ABU DHABI // The UAE’s nuclear programme is the best thought-through and resourced in the world, a leading expert said on Monday.

Barbara Thomas, Lady Judge, chair of the United Kingdom Atomic Energy Authority and a member of the International Advisory Board for the nuclear programme, told the audience at a public forum of the Emirates Nuclear Energy Corporation of her pride in being associated with the project.

“When I talk about the programme anywhere around the world, we refer to the Abu Dhabi programme as the gold standard,” she said. “It’s clearly the best thought-through and resourced nuclear programme in the world today. Everyone is proud to be associated with it.”

She said the commitment of having Emiratis run the nuclear power plants was impressive and made it different from other nuclear programmes.

She visited the Barakah site on Monday with members of the IAB, including Dr Hans Blix, chairman of the board, to inspect the site before the release of the eighth IAB report.

The third public forum this year took place at the Abu Dhabi National Exhibition Centre and was broadcast live online to 900 viewers.

During the forum, which was attended by Sheikha Lubna Al Qassimi, the Minister of Development and International Cooperation, natural uranium was presented to the public to display the limited effects of radiation.

“When uranium is mined, it’s dug out,” he said. “They take the rocks, mill it and produce something called yellowcake, which has a content of uranium that is natural, not enriched. If it is enriched, then we’d have to worry about radiation.”

He said that, according to a UN study on radiation released in 2000, any person living on earth would be exposed to 240 millirems a year from natural resources.

Man-made resources expose people to approximately 40.7 mrem a year. “People get harmful effects from radiation at 100,000 mrem but that’s curable,” he said. “This is one of the causes that stopped people from traveling to Mars because the dose of radiation is close to 114,000 mrem which causes radiation sickness.”

The exposure of living within 80km of a nuclear plant is about 0.1 mrem.

“That number is nothing,” he said. “The quantities of uranium available on earth are enough to provide 400 nuclear plants with fuel for over 200 years.”

Mohammad Al Hammadi, chief executive of Enec, said a new study would be released by next year to determine the electricity needs of the nation over the next 10 years.

“We will conduct the study every 10 years to forecast the electricity demand over the next decade,” he said. “In 2020, 25 per cent of electricity in the UAE will be provided through nuclear energy, 7 per cent will be from renewables and the rest will come from conventional resources such as oil and gas.”

Fahad Al Qahtani, director of external relations and communications at Enec, told the forum there had been an increase in electricity demand in the UAE, China, Brazil and India.

“By 2030, studies show that the number of people living in the UAE will increase by 40 per cent and the GDP is expected to more than triple, reaching Dh1.5 trillion,” he said. “This is a huge industrial growth.”

Mr Al Hammadi said the Government had set up a committee to set the best policies for energy production.

“We’ll have the smartest energy portfolio in the world to support our economic development,” he said.