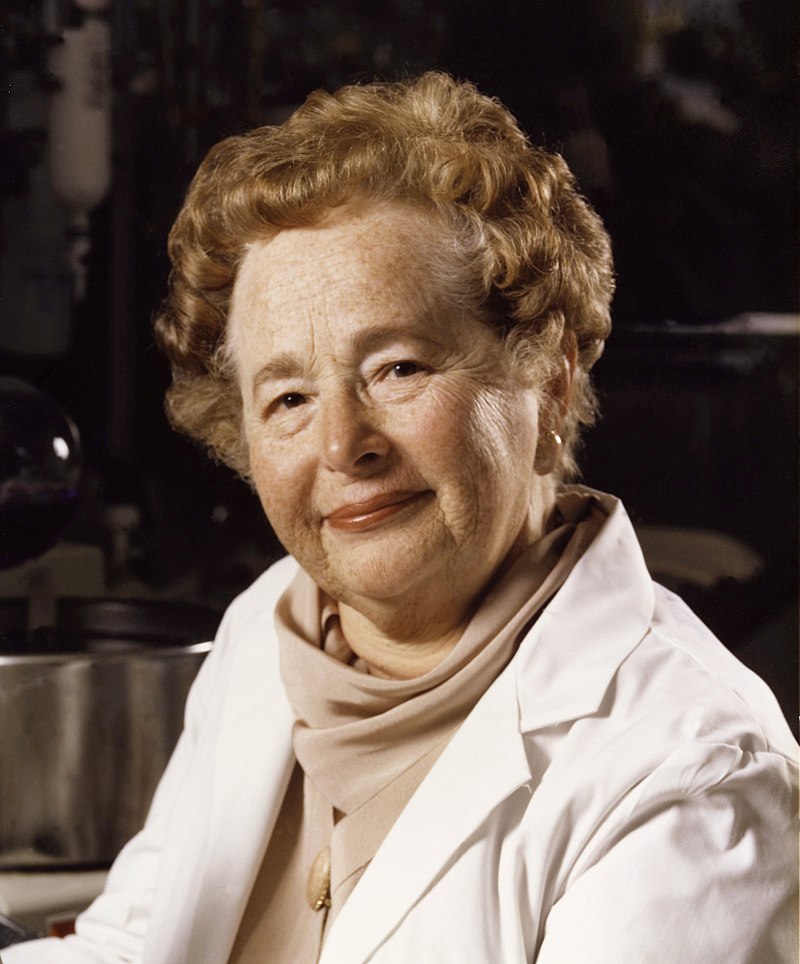 Gertrude B. Elion was a famous American pharmacologist and biochemist, as well as a pioneering woman scientist. Her groundbreaking work not only earned her a Nobel Prize, but also continues to save lives today. Uniquely, she not only developed individual drugs, but also played a key role in developing the basic methodology of drug discovery that the pharmaceutical industry relies on today.

I was interested in learning more about this fascinating woman’s life and body of work, and I have set forth below the results of my research.

She was the daughter of a Lithuanian dentist, Robert Elion, and his wife, Bertha Cohen, an immigrant from Poland. The family lost much of their wealth following the Wall Street Crash in 1929.

Gertrude was an excellent student, graduating high school at the age of 15. Her grandfather died of stomach cancer the same year. She explained this left her with a strong desire to do all that she could to cure the disease.

Gertrude studied at Hunter College, receiving a full scholarship thanks to her high grades. She graduated with a degree in chemistry in 1937, then went on to study at New York University. Working as a teacher during the day, she graduated in 1941 with a Master of Science.

Unable to gain financial aid for graduate school because of her gender, Gertrude enrolled at secretarial school. She took a position as a food quality supervisor, working at a food lab in New York.

She went on to work for George Hitchings of the Burroughs-Wellcome pharmaceutical company, which later became GlaxoSmithKline. Hitchings worked in cancer research, looking at new ways of developing drugs by creating synthetic compounds. He explored methods of manipulating cancer cells to accept artificial compounds for growth, so that they could effectively be destroyed without affecting normal cells.

Using a method called rational drug design, the pair developed drugs to treat leukemia, malaria, gout, herpes, and many other illnesses. Their approach was innovative—at the time, most drug development was based on trial and error. Their rational, more scientific approach focused on greater understanding of the biological target.

Though early chemotherapy drugs were effective at treating some cancers, they were also severely toxic, causing severe vomiting among other side effects. It was not until 1950 that Gertrude and George developed mercaptopurine by replacing a single sulfur atom with an atom of oxygen.

The pair worked under the premise that, in order to reproduce, all cells need nucleic acid. Rapidly growing tumors and bacteria need even more than normal cells to sustain their pace of growth. The scientists decided that by inhibiting access to nucleic acid, they could disrupt this lifecycle, effectively stopping diseases like cancer in its tracks.

Tests on mice revealed that mercaptopurine inhibited tumor growth, with treated mice living twice as long as their untreated counterparts. After the drug was approved for clinical trials on humans, Gertrude and George found that children administered with mercaptopurine went into remission, although they were not cured completely. The scientists focused on understanding the drug’s metabolism to try to discover a more effective solution.

In early 1950, Gertrude discovered a close relative of the mercaptopurine compound called thioguanine. When combined with other drugs, it was highly effective in treating leukemia.

Around 80% of children treated for leukemia today are treated with thioguanine. The drug is also effective in treating myelocytic leukemia (AML) in adults.

In the 1960s, Gertrude Elion and George Hitchings developed drugs to combat a variety of infectious diseases.

The duo found that by targeting viral and bacterial DNA, they could effectively treat a range of infectious diseases, including septicemia, meningitis, and malaria, as well as bacterial infections of the respiratory and urinary tracts.

George Hitchings retired in 1967, leaving Gertrude Elion in charge of the Department for Experimental Therapy.

Gertrude began experimenting with purines, investigating their antiviral activity. Her experiments revealed the effectiveness of a compound called arabinosyldiaminopurine in inhibiting reproduction of the herpes virus. Her work led to the synthesis of acycloguanosine, marketed today as acyclovir under the brand Zovirax.

Gertrude’s colleagues later used her work as the foundation to develop the AIDS drug azidothymidine (AZT).

The award was not made to recognize the discovery of a particular drug, but rather to honor the trio’s contributions to drug development.

After retiring in 1983, Gertrude served as advisor to the American Association for Cancer Research and the World Health Organization. In 1991, she became the first woman included in the National Inventors Hall of Fame. The same year, she was inducted into the National Women’s Hall of Fame.

Her pioneering research led to the creation of life-saving drugs: her name appears on 45 different drug patents in the US. She played a key role in the development of drugs that treat herpes, leukemia, and AIDS. Her work also facilitated the development of treatments to reduce the risk of rejection in organ transplants.

Over the years, many people who benefited from Gertrude’s work wrote to her to express their gratitude. She kept these letters, explaining that the satisfaction of making people well was greater than any prize.

Beyond the individual drugs she developed, the rational drug design method that she pioneered with George Hitchings revolutionized drug development. This method forms the foundation of drug discovery today. Gertrude Elion passed away in 1999, but the drugs she discovered and the methodology she pioneered continue to save lives today. She is a true hero, in my opinion.

← Lise Meitner: One of the Most Important Nuclear Physicists in History
A Look at the Largest Nuclear Power Plants in the World →