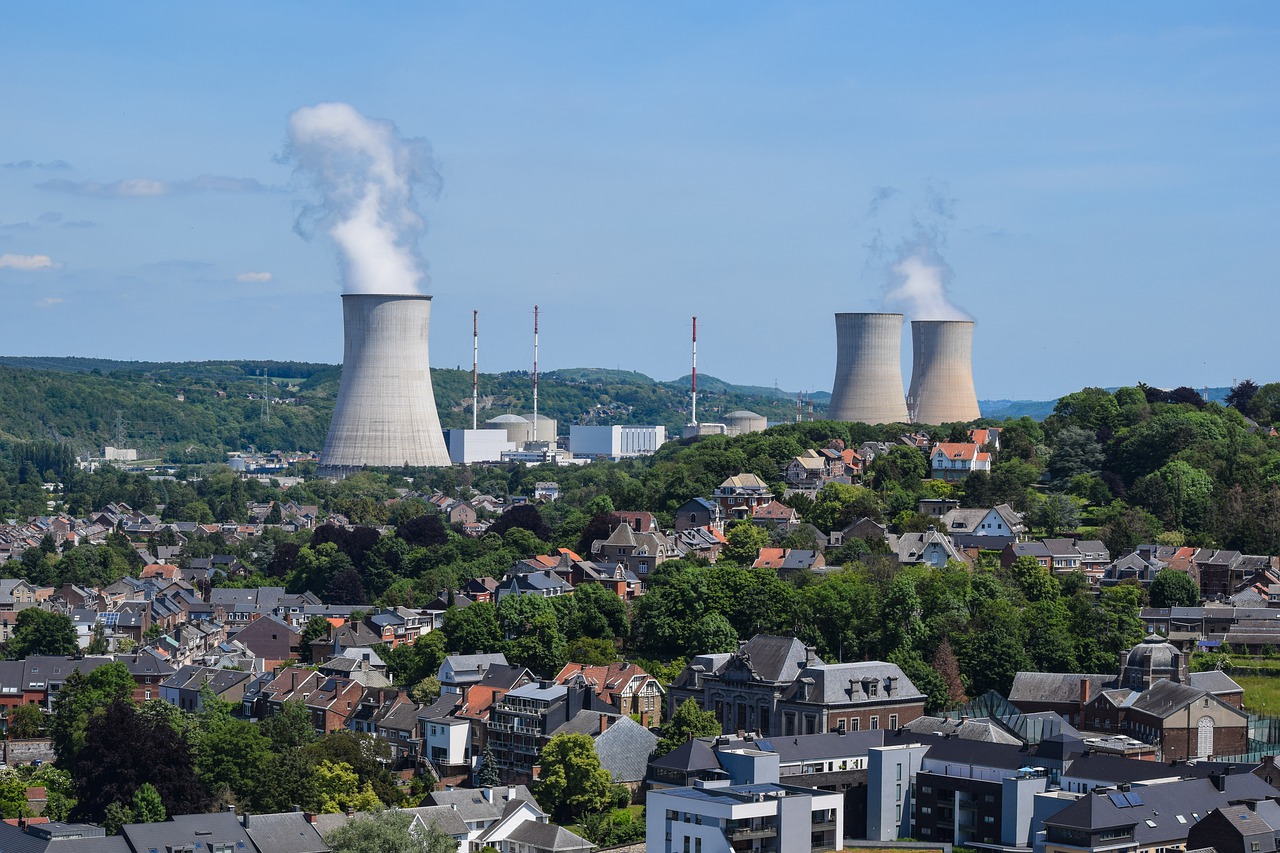 I’m convinced that climate change is one of the most defining issues of our time. From rising sea levels, to catastrophic flooding, to shifting weather patterns threatening food production, one thing is clear. To stem the rising threat of climate change, the world needs to reduce emissions of greenhouse gasses from energy generation, industry, and transportation.

So far, so good; this idea isn’t controversial anymore. There’s just one problem: how will we go about doing this? How can we sustain the global economy without causing a climate disaster?

This is a huge question with no easy answers, but over the course of my long career in the nuclear power industry, I’ve learned that nuclear presents one of the best solutions for climate change. Below, I’ll explain my reasoning.

Are Humans to Blame?

Greenhouse gases occur naturally and are essential to the survival of all life on earth. Greenhouse gases are an effective sunscreen, trapping a portion of the sun’s warmth in our atmosphere. Earth would be uninhabitable without greenhouse gases.

Nevertheless, since the dawn of industrialization, large-scale agriculture, and deforestation, greenhouse gases have risen to levels not seen in 3 million years.

There are three main types of fossil fuels: coal, natural gas, and petroleum. Because of its historic abundance and low cost, coal has been used as an energy source for centuries. The problem with coal is that it releases a lot of carbon dioxide when it burns, making it a high-polluting energy source.

Fossil fuels are obtained from underground deposits. Coal beds lie up to 300 feet below the Earth’s surface. Natural gas and oils typically lie deeper, up to six miles below ground. Fossil fuels are composed of carbon molecules deposited in the earth from the bodies of animals and plants that lived 65 million years ago, when the world was warmer and wetter and waterways teemed with tiny organisms, bacteria, and algae.

Over 10 million years, the bodies of billions of organisms became buried underground and compressed. This generated a mineral known as kerogen, or oil shale, which is the precursor of all fossil fuels. Fossil fuels are cheap and relatively easy to obtain. They have high energy density, yielding high proportions of energy per pound.

Humankind Has Long Used Fossil Fuels as a Source of Energy

The Industrial Revolution was made possible by coal, which was burned to power engines, foundries, and factories. Natural gas, a coal derivative, was used in the most part for cooking, heating, and lighting. In the 1900s, coal, oil, and natural gas became primary energy sources, with liquid fuels like kerosene, gasoline, and diesel used to power tractors, vehicles, and aircraft.

Around 80 percent of the world’s energy is generated by fossil fuels. They are critically important to the global economy. Everything humans do requires energy. As populations increase, so does fuel consumption, accelerating the exhaustion of fossil fuel reserves.

The carbon dioxide emissions produced by burning fossil fuels are a leading contributor to climate change. We need to look to other, greener energy sources to replace them. Renewable energies like solar, wind, and geothermal do not produce greenhouse gas emissions. Nevertheless, these energy sources only meet a tiny proportion of global energy demands. Wind and solar can also be inconsistent and unreliable, since they depend on the right weather conditions to produce power.

This is where nuclear power can step in. Nuclear power does not generate carbon dioxide or other greenhouse gases. Moreover, it is extremely reliable—nuclear power is 1.5 to 2 times more reliable than natural gas and coal, and 2.5 to 3.5 times more reliable than wind and solar, according to US Department of Energy estimates. Nuclear can provide a consistent source of power for homes, businesses, and factories, all without generating harmful greenhouse gases.

Nuclear Power Has a Perception Problem

It’s unfortunate, but historic associations with nuclear power plants and weapons have left a bitter taste in terms of public perception. It is easy to forget that during the first two decades of nuclear energy use, the public was not fearful of nuclear power, but rather excited by it.

Pulitzer-winning author Richard Rhodes examines the issue in his book Energy: A Human History. He examines public enthusiasm for nuclear power in the 1950s, and traces how that metamorphosized into the fear that surrounds nuclear technologies today.

Unfortunately, nuclear accidents at Chernobyl, Three Mile Island, and Fukushima have damaged public perception. Yet if we take a closer look, it is apparent that these events demonstrate the comparative safety of this form of energy production.

Thanks in part to robust safety procedures, there were no deaths in either the Three Mile Island or Fukushima nuclear accidents.

In six decades of commercial nuclear power, the most significant accident was the 1986 incident at Chernobyl, Ukraine. Despite the global notoriety of the event, only about 50 people were killed. It’s also important to note that the accident involved a poorly designed Soviet reactor that has never been used outside the Soviet Union. The isolation of the Cold War and Iron Curtain also resulted in a weak safety culture at the plant.

Today, the nuclear power industry looks different. Perhaps more than any other industry, nuclear operates on a strong culture of safety. A strong safety culture means putting safety first. It means prioritizing safety over other concerns—safety over schedule, for example. Safety is built into every facet of the nuclear industry, from maintenance of facilities to training employees.

Still, there are significant misconceptions about the safety of nuclear energy. In the wake of the Fukushima, Three Mile Island, and Chernobyl accidents, governments evacuated hundreds of thousands of people. Unfortunately, this precaution perpetuated public and mass media fear of nuclear energy.

The fear is simply not supported by the facts. In the wake of the Fukushima incident, scientists found that there was little justification in relocating residents away from Fukushima Daiichi, yet the government moved them anyway. A team of top scientists estimate that only 10 percent of individuals who were relocated after Chernobyl really needed to be.

Overcome Fear by Learning More about the Benefits of Nuclear

Humans are cautious by nature. It is easy and understandable to be fearful of things we do not understand. Fortunately, fear of something can be overcome by learning more about it.

The truth is, nuclear energy is a clean, safe solution, not just for climate change, but a global energy crisis. It reduces carbon emissions. It has a strong safety culture. It is reliable and consistent. For these reasons, it’s worth serious consideration.

I invite you to learn more about nuclear power; the websites of the World Nuclear Association and International Atomic Energy Agency are good places to start. You may be surprised by what you find!

← The Inventory: Barbara Judge
Women in STEM: The Truth and the Myths →