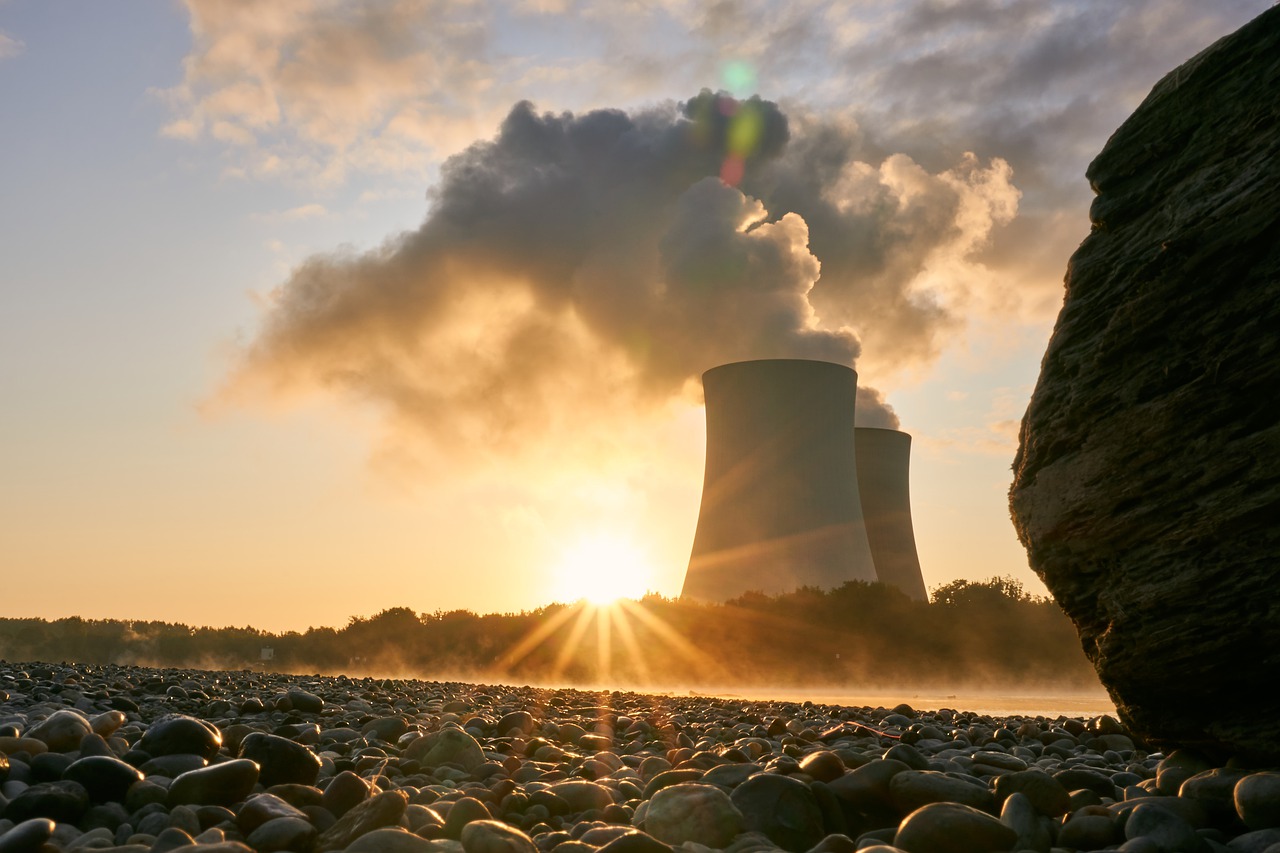 For 60 years, America’s nuclear power industry has been quietly working away in the background, providing the nation with reliable, carbon-free energy. Today in the United States, nuclear plants generate around 20% of the electricity people use. In this article, I present a look at the current landscape of the US nuclear power industry.

The US has 98 nuclear reactors operating in 30 states.

Nuclear power is an extremely reliable energy source. Since 2001, America’s nuclear power plants have generated around 807 Terawatt-hours (TWh) per year.

Most US nuclear energy is generated by reactors built between 1967 and 1990.

Approximately half of the country’s nuclear generating capacity is more than 30 years old. Its transmission infrastructure is also aging. The good news is that officials increasingly recognize the impending energy crisis and acknowledge the benefits of nuclear power in reducing carbon emissions and providing reliable power.

Within a nuclear reactor, uranium atoms are split in a process known as nuclear fission. The nucleus of an atom is held together by a massive amount of force. The nucleus comprises protons and neutrons packed together densely.

A uranium atom is large, and the force holding it together is relatively weak. This makes uranium atoms easier to split than other atoms and is one of the main reasons why nuclear power plants use uranium fuel.

A nuclear reactor bombards uranium atoms with neutrons to split them. As the atom splits, it releases more neutrons, which in turn collide with other uranium atoms, initiating a chain reaction. The process also requires the presence of a moderator, typically graphite or water.

A huge amount of energy is released as the atoms split. In a boiling water nuclear reactor, the heat from that energy turns water in a boiler into steam. The steam drives turbine generators, like those found in fossil fuel power plants, that produce electricity. In a pressurized water reactor, the heated water is kept under pressure, so that it does not turn into steam. This hot radioactive water flows through tubes inside a steam generator, heating clean, non-radioactive water to produce steam. The steam powers turbine generators to create electricity. In the US, most reactors are either boiling water or pressurized water reactors.

The United States is the world’s largest nuclear energy producer.

The top 10 list looks different when countries are ranked by the share of their total energy produced by nuclear power: France, Slovakia, Ukraine, Hungary, Sweden, Belgium, Switzerland, Slovenia, Bulgaria, and Czech Republic. The US ranks 15th on this list.

Located near the Gila River in western Arizona, this power station has an average electric power output of around 3 gigawatts (GW).

The Palo Verde Nuclear Generating Station serves around 4 million people. The plant utilizes treated sewage water from nearby towns to cool the steam it produces. The Arizona Public Service Company is the station’s biggest shareholder.

America’s next largest nuclear plant is Browns Ferry, located in Alabama, along the Tennessee River. Named after the ferry that operated nearby until the mid-20th century, Browns Ferry was the biggest nuclear power plant in the world when it was established in 1974. It is owned by the Tennessee Valley Authority (TVA).

The third biggest nuclear power plant in the United States is the South Texas Nuclear Generating Station. Located near the Colorado River and Bay City, Texas, the plant occupies around 12,000 acres and includes two pressurized nuclear reactors. The plant relies on a local reservoir to cool steam, removing the need for cooling towers.

Nuclear power is the most reliable source of carbon-free energy.

Nuclear energy does not produce carbon or other greenhouse gasses that are causing climate change. It is widely regarded by experts as a safe, reliable solution for an energy industry that is in flux. We must transition away from coal and other fossil fuels if we want to prevent the worst effects of climate change. Wind and solar power will be important in helping America achieve its low-carbon energy goals, but these renewables simply can’t match the consistency and reliability of nuclear power.

Nuclear power is consistent and reliable, and it produces no greenhouse gasses. Given all these benefits and the industry’s robust safety culture, the nuclear industry can power America through the 21st century and beyond.

← Little-Known Women Inventors Who Changed the World
Lise Meitner: One of the Most Important Nuclear Physicists in History →